Beware of the Sh#t Sandwich! 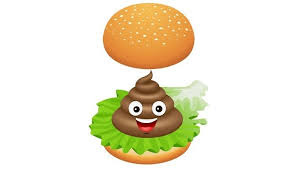 If you’ve ever attended a management communication workshop you might have come across the concept of the “feedback sandwich.”

At InterACT we like to refer to it as the “Sh#t Sandwich”.

The idea is that when giving confronting feedback, managers should sandwich it between two pieces of positive feedback: open with some praise, then offer the critical feedback, then close with some more praise to leave the person feeling good. It’s based on the idea that it’s easier for people to accept negative feedback when they also hear about what’s going well.

Unfortunately, the sh#t sandwich is full of problems. Firstly, once your employees recognize what you’re doing, they might start bracing for criticism every time you open a conversation with praise. It can also make the praise itself seem insincere. Or worse…kind of as an insult: like when you have to give a dog a pill and you hide it in a piece of sausage to trick them into swallowing.

This approach can cause the manager’s real message to be lost, by watering down the actual feedback. Aside from the sh#t sandwich, it’s incredibly common for managers to get so concerned about being tactful that their message gets missed altogether. Then you’re left with a manager who feels frustrated that their feedback didn’t work and an employee who didn’t get the chance to hear clearly that something needs to change.

In fact, in my work as a corporate roleplay actor, I regularly talk to managers who are frustrated about something an employee is doing and who think they’ve been direct about the problem, but when I ask exactly what they’ve said, it turns out they haven’t been direct at all.

By promoting the sandwich technique, we’re reinforcing the idea that criticism is something to tiptoe around, when most managers urgently need to see it as a normal, less emotionally charged part of their relationships with employees so that they deliver it more often, and are clearer when they do.

At InterACT we are teaching managers to normalize feedback—to make it a regular part of their conversations with employees because we believe that what managers should be going for.

There’s no catchy name like the “feedback sandwich” for it—and honestly, …it does take more work. But it’ll drain a lot of the awkwardness and tension away from these conversations and make the feedback far more likely to stick.

Want to know more? Contact us here for a chat.