How I Failed in Feedback... 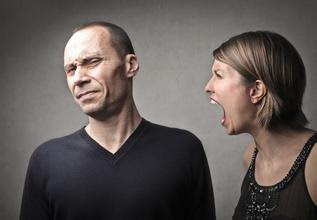 Research is finally showing the link between free-flowing feedback and better business results. In workplaces where managers don’t give and receive feedback, employee engagement rates limp in at 29%. On the flip side, when feedback is regularly exchanged between managers and employees, engagement jumps to 79%.
But let’s face it, we’re human — and we find it tough to engage in feedback. Many of us —including myself — get defensive when we hear it, or we assume nobody wants to hear it. So feedback gets chronically buried and put off.
But it doesn’t have to.
In my experience, there is a simple principle that can play a key role in unlocking feedback:
It’s not who you are, it’s what you do
As a communication trainer and role play actor, I assume that everyone wants to, and can, get better. When I take this approach I find myself able to engage in discussions about areas for improvement with an optimistic and open heart. But even though I always try to take this approach, my best intentions still sometimes fail me... I recently found myself linking feedback to someone's character, rather than focusing on their actions.
Here’s what happened:
Several months ago, I told one of my coaching clients, a manager of a business development team, that she came across as uninterested in her team members. Not engaged. Distant.
As I should have predicted, she countered with defensiveness. She told me she loved managing her team and started listing examples. We were heading for a debate and when it came to knowing what was going on inside her head, she had the clear upper-hand. As we ended the short conversation, all I had achieved was a bigger wedge between me and my client.
It wasn't until afterwards that I realized the feedback had been unspecific, second-hand, and judgmental. So I decided to practice what I preach.
I watched her in action during one of her team meetings as part of coaching on the job. And later I pulled her aside. I said: “I’ve found that when people are sharing their feelings with the rest of the team and someone is leaning back, arms folded, avoiding any eye contact to me that person looks like they’re not open or interested.”
She looked concerned, but not defensive. There was no argument to be had here. She didn’t want to debate what folded arms meant. What I was saying was not specific to her. This opened her to noticing a range of subtle ways in which she was appearing closed to her teammates, and we worked together over the next few training days to address them.
Today, she is far more in sync with her team. Once she received feedback about her behaviour from a team member (rather than her personality), and she was able to discuss it openly. It was easy for her to take action because my feedback was specific and closely timed to when the behaviour occurred.
Takeaway: When people start saying that someone “is or isn’t something,” try to observe what that person is or isn’t doing. As close to the moment of observation as possible, present them with the behaviour and offer to help them address it.
I’ve found that this lesson provides a powerful tool. But it’s consistent practise — along with the commitment to learn more every day — that signals that the organisation is a place where feedback can flow freely. Those awkward feelings from being honest and holding each other accountable will start to disappear. And each of us will grow faster than many of us thought possible.


I count myself on the side of those trainers who believe ‘practice makes perfect' and that we as educators should never stop practising what we preach. Even if we sometimes mess up ourselves, feedback can make our workplace a far better place to grow, learn, and thrive together.