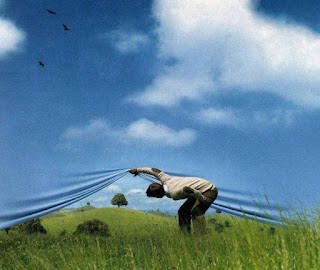 Role-plays are a great way of practicing new skills. But often workshop participants complain that they don't enjoy the role-play simulations because they don't feel real, making  them ultimately learn less.

Fortunately, as a trainer/facilitator there is a lot you can do to make role-playing real. Starting with these 6 ways to make Role Plays REAL:

1. Work with real situations
Role play becomes more real when participants can use their own experiences. I love to work with situations that the participants come up with themselves. Reason being that if someone suffers from the miscommunication with a colleague at work, role-playing that exact situation will feel a lot more real than a standardized case scenario.

2. Have the Participant choose his opponent
Let the participant always choose an 'opponent' himself. I promise you he will automatically choose someone who looks like the person he finds it difficult to deal with in real life. By doing that chances are also that the role play will become more realistic. I often see facilitators choose the opponent themselves or ask the group who want to play the opposite role. Don’t do it! It will take away from the learning experience from the participant.

3. Set the situation as it is
When the participant and the opponent are known, you set the situation as it really is. Are they standing, are they sitting? Is there normally a table, then put it there. If they talk to each other over the telephone, let them sit with their backs together and get some phones. These little things will add to the reality of the role play.

4. Name the opponent by his 'game name'
Call the participant by his own name, but name the opponent by the name of the person he plays. Use that name in the time-out. For example: "What do you see the effect was on Trudy?" This makes the situation more realistic.

5. Correct smiling observants
Sometimes observers laugh. That is OK if something happens that is really funny. But sometimes they also start laughing, because the participant in the role play tries something new that might look out-of-character. It can take the participant out of their learning experience so stay serious and say something like "Everyone, please keep the focus." Or to the participant: “You are doing great. Keep trying”

Would you like to bring in a Role Play Professional? Than check out our website to learn more about our Role Play Services. www.interactwa.com.au/role-play-services.