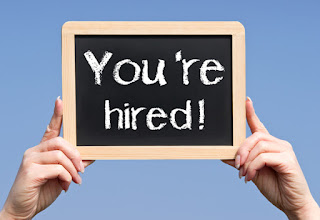 Nearly two third of major companies in Australia solely use psycho-metrics in the hiring process as an indicator or candidate competency. But more HR professionals and corporate recruiters are coming up with different ways to assess job applicants and get the best people on board. Using professional role play actors for role play interviews has recently been a famous choice to choose candidates in the field of Sales, Marketing, Management and Service.

It turns out to be a quick, effective and revealing way of testing candidates on their suitability for a specific position. This is not only because the scenarios reflect common work situations, but also because it allows a candidate to demonstrate their ability to perform under pressure.

While competencies may also be tested within a competency based interview, it is necessary that job applicants demonstrate them throughout the recruitment process, or you could suspect that they are merely saying that they have them, rather than actually possessing them. Knowing that the average cost of a bad hiring decision can equal 30% of the individuals first year potential earnings according to the Australian Department of Employment, you want to make sure you make the right decision.

Role play actors are a great partner in business because they can truly test how candidates might approach difficult situations that frequently occur in the business world. Actors use their professional acting skills to create a reality that is as close to real life as it gets.

The interviewee will have several minutes to prepare for the role play simulation after being given a short brief of the scenario at hand, which will often mirror something that could occur in the job that they are applying for.

The professional role play actor will act the part of a member of the public, colleague or customer, whilst the interviewer will watch and take notes/assess. The situation will often involve some sort of controversy or conflict or dissatisfaction on the opposition's part, and require negotiating and reasoning as well as customer service or leadership skills from the interviewee.
Example scenarios might include:
The role play actor will simulate several situations during the role play where the candidate is invited to demonstrate the competencies required for the job. The actor will make it difficult, but never impossible.

After the exercise, the job candidate will typically be scored by the interviewer and by the actor who will give objective feedback in relation to the verbal, non verbal and paralinguistic communication. This feedback is often considered as incredibly valuable by the interviewee because they can use it to continue their own personal development.

Would you like to know InterACT can help your organisation increase the chance of hiring the right candidate? Contact us here for a quick quote.