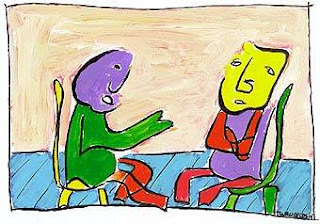 Role-play long has been a common training method among military branches, emergency response groups, and companies where quick decision-making is highly valued. So why not in the world of business training? Over the last few years, it seems role-play has been incorporated more often in business training curricula, and for good reason. For example, sales teams that continually engage in role-playing are more likely to outperform their non-role-playing competitors. And managers that get to experience authentic role play sessions turn out to be stronger and more confident leaders.
Benefits of Role-Play
Here are just a few of the benefits of making role-play a part of your business training:

How to Start Role-Playing
While most organizations prefer to hire a professional facilitator for the most effective role-play, here are a few tips for doing it yourself:
Getting an authentic role-play experience from your team may be difficult to do on your own. Bring in consultants and professional actors to get the training your team deserves. At InterACT we design and deliver experiential learning solutions that use the power of role play to help people interACT even better. Contact us here and we are happy to tell you more.