5 Reasons to work with a Role Play Actor 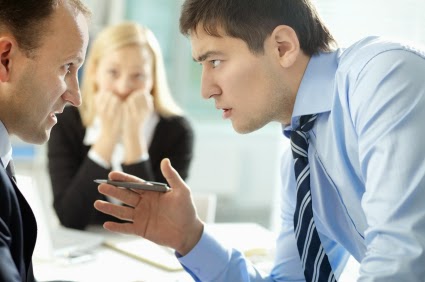 As part of a training session, there are many options available to help your students to implement their newly acquired knowledge in practice.

One of those options is to work with a Role Play actor. This gives students “in-the-moment” experience of the impact of existing and/or effective behaviour. And it allows students to experiment with new behaviour in a safe setting. The Role Play actor is used as living practice material.

You might ask why should you work with a Role Play actor rather than asking our fellow students to act out a situation. The answer is simple: A Role Play actor is trained to analyse and support behaviour during the process of acquiring new behaviour. An actor is able to quickly step into the shoes of a certain type of person and to act out this type in a believable manner.

Five reasons why asking a Role Play actor to act out a role is to be preferred over a fellow-student.

1. A Role Play actor acts realistically
An actor is able to act out various types of behaviour convincingly. This is much more difficult for fellow-students, because they are not used to acting and often have the tendency to exaggerate behaviour. A role play will then often lack authenticity.

4. A Role Play actor is able to provide feedback after the role play
An actor is used to observing during the acting process. While acting out the role play, the actor observes, as it were, with a helicopter view, so that good feedback can be provided once the role play has ended. The actor is able to explain clearly why a certain response was made in a particular way in certain situations. Fellow-students, however, can get so caught up in their own acting that they can no longer maintain their helicopter view.

5. A Role Play actor is familiar with various training methodologies
This means that the actor knows precisely what the learning goal of the training is. As a result, the actor can very consciously reward desired behaviour during the role play situation, while also relating feedback to the learning goals of the training. Here too, fellow-students will be less capable of achieving this.
In other words, with a Role Play actor, you have access to a professional for your training or coaching. Someone who is able to produce maximum results from a role play situation. And someone who can advise you as trainer or coach about work methods and motivating exercises.