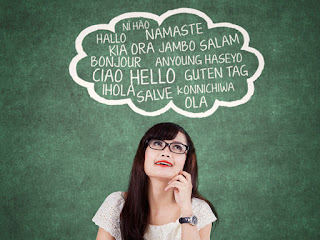 Whenever a Mormon missionary chooses to serve in a foreign country, he or she has to learn a completely different language to be able communicate in the assigned area. Therefor they enter a Missionary Training Center (MTC) where they can learn the new language from Mormon teachers. Usually they attend the MTC for 2 to 10 weeks, right before they go out on their mission.
Now just let that sink in...
Between 2 and 10 weeks to master a different language?!?!

Quite impressive isn't it?
How does the Mormon church train their young missionaries to speak a foreign language so efficiently? These students learn in a few weeks what takes most college students three or four years. And being a non native English speaker myself, I would happily add a few more years to that to even become fluent.

But these students are mostly fluent within a year.
The technique used to train these missionaries is called "Context-Based Learning.(CBL)" The CBL method uses real life and fictitious examples in teaching environments in order to learn though the actual experience with a subject rather that just it's mere theoretical parts.

And luckily today, not only the Mormons use this technique but it has found it's way into corporate training organisations, schools and universities and even military and police training.

The 5 step system is simple:

CBL proves over and over again the powerful results that Experience Based Learning can achieve.

Researchers have often examined the effects of role-playing, a big part of CBL, in adults and adolescents. In a recent study one group got traditional discussion-based training while another did role play-based training. The group that did the role-plays experienced a significant positive change in their self-concept, which has a significant impact on their behaviors.

Additionally, the research has found that getting consistent, well formulated feedback is essential to effective learning.

So those that argue face-to-face training should be replaced by online programs, or those businesses that buy on cost only, don't ignore the unique (and incredibly valuable) advantages of having a face-to-face, hands-on training program that provides learning by doing with an experienced facilitator.

If you use the CBL method correctly, people CAN learn in weeks what normally takes years!
Just ask the Mormons...

Posted by Janine de Muinck at 10:14 No comments: 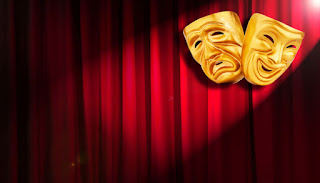 You are about to have an important conversation. You want it to be effective - really effective. So where do you start?

As an actor, my choice is biased, but I truly believe the world of acting has everything to offer when it comes to the best techniques for effective communication skills.

So below are 3 ways you can use the skills of an actor to improve the impact and influence of your own speaking.

1. Choose an intention
Before delivering their messages, actors must understand with great clarity how they want their audience to react to each message. They think deeply about how they want their audience to feel as a result of their communication.
In day to day life however we often develop a message focusing primarily on the words and content we are delivering. What we fail to ask ourselves is why that overall message should be important to our listener. Why should they care? What would make them care? This very common mistake is usually fatal to effective communication.
Understanding the importance of choosing intention and deploying it effectively is the cornerstone of brilliant acting but also the key to an effective conversation.

2. Find your light.
Every actor knows the expression: 'Find your light'. It means if you're in the dark on stage, you need to step into the light source so you can be seen. So let's tweak this idea a little. When we have conversations we can feel vulnerable by 'stepping in the light' when we communicate. How will the other person react? Will I be able to respond in a correct way? The best way to become comfortable with being in the spotlight is by being congruent. This means that everything you do with your voice and body must support your intention. When you offer mixed signals, or there is a disconnect between what you are saying and how you are saying it, your audience can become confused or distracted. This is called in-congruence and it is the enemy of effective communication and great acting.

3. Learn the art of being present.
This means developing 'conversation sense' - an awareness of how your partner in conversation is responding. Naturally actors cultivate this attribute until it's a finely tuned instrument. But you can benefit from awakening this awareness in yourself.

How can you do so? By practicing the ability to communicate while sensing how that information is received. Pay close attention to how your listener is responding and learn how to address these observations. Allow people to respond. For that's when you'll be truly present and able to really connect with someone.

Now go out there and shine!

Posted by Janine de Muinck at 16:24 No comments: